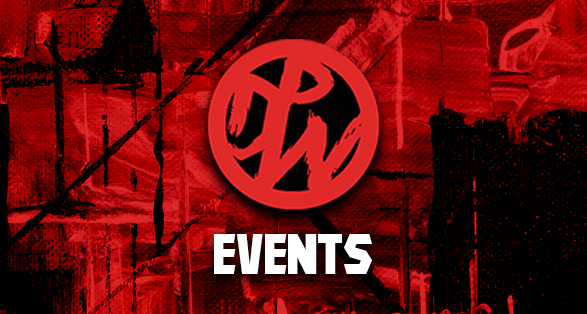 This Wednesday night, April 1st, is an all new episode of NXT, that will air live on the USA Network!

“The NXT North American Championship will be on the line tomorrow night on USA Network, when Keith Lee defends his title against Dominik Dijakovic and Damian Priest in a Triple Threat Match originally set to take place at NXT TakeOver.

There is no love lost between Lee and Dijakovic, as the two have redefined what big men can do in the ring with their recent series of epic battles, which Lee won the rubber match of at TakeOver: Portland. However, both men have found themselves in the crosshairs of Damian Priest, who attacked both men with a nightstick in recent weeks, even taking Dijakovic out of action for several weeks.

The momentum is seemingly in Dijakovic’s favor, as he took both Lee and Priest out with a huge senton off the ropes this past Wednesday. But will that momentum carry over?“

“The NXT North American Championship will be on the line tomorrow night on USA Network, when Keith Lee defends his title against Dominik Dijakovic and Damian Priest in a Triple Threat Match originally set to take place at NXT TakeOver.”

“The final entrant in the NXT Women’s Title No. 1 Contender’s Ladder Match will be determined tomorrow night in a Second Chance Gauntlet Match on USA Network”.

“The participants will be those who came up short in the initial qualifying battles. Superstars seeking out the last spot include Dakota Kai, Xia Li, Shotzi Blackheart, Kayden Carter, Aliyah and Deonna Purrazzo. Li was found reeling from an attack backstage and unable to compete in her previously scheduled qualifier against Aliyah, who was defeated by her replacement, the returning Io Shirai.”

If you have any comments about this article, please leave them below.

The main goal of our events calendar is to get as many events as possible in one place to make it easier for fans. All events have ticket links, venue information, date and time. But some events have more, and some have a lot more and are basically event previews. It depends on the information available at the time we post the event and if we are able to update that event, etc. The other goal is keeping fans up to date on events in general, as best we can. We can’t possibly get EVERY event, but you’ll see we have more then most anyone else. Recently we’ve added Event Reminders for when certain shows will be airing. For example, if an event is taped, the reminder will be for when the event airs. We do our best to maintain around 300 upcoming pro wrestling events at all times. We started with US & Canadian professional wrestling promotions but have recently been adding more events from around the world. Including all different types of entertainment events. Some days have one to three events and some have over twenty on the same day, so you may have to click the link at the bottom to see more events on a certain day. Also we recently made it possible for anyone to comment on these event pages. If you’re a fan who went to or watched any of these events, feel free to leave a comment about it. * WWE NXT April 1st DiscussPW 2020 Events *