Upcoming guests for this week's (July 5, 2021) all-new live episodes of the NBC TODAY show include a musical performance by Duran Duran and more "NBC TODAY" show guests and listings for the week of July 5 are below. The show airs weekdays from 7AM to 11AM ET on NBC. […]

This week’s (July 5, 2021) guests on all-new episodes of ABC’s “Live With Kelly And Ryan” include Scarlett Johannson, Daniel Radcliffe and more “LIVE with Kelly and Ryan” is hosted by Kelly Ripa & Ryan Seacrest. Find your local listings at KellyandRyan.com. Follow the show on Facebook, Instagram, Twitter and SnapChat (@LiveKellyRyan). Check […]

Upcoming guests & more for all new episodes of FOX's "The Dr. Oz Show", for the week of July 5, 2021, include house rental horrors caught on tape  "The Dr. Oz Show" airs weekdays at 1PM ET on FOX in most areas. You can watch previous episodes & check your […]

ABC's hit series "Shark Tank" is back on Friday, July 9, 2021 featuring sharks Mark Cuban, Kevin O’Leary, Lori Greiner and more The July 9 episode of "Shark Tank" airs at 8PM ET on ABC. Episodes can be viewed the day after their premiere at ABC.com, on demand and Hulu. […]

The hit series Dateline NBC will not air on Friday, July 9, due to coverage of the NBA Finals Dateline NBC returns on Saturday, July 10 with an all-new episode at 10PM ET. You can watch previous Dateline episodes at NBC.com. Plus, you can stream recent & classic episodes on […]

GCW (Game Changer Wrestling) debuts in Houston on Friday, July 9th at the Premier Sports Arena for "Fight Club: Houston" Tickets for GCW "Fight Club: Houston" are available now at Eventbrite.com. The event features GCW stars facing off against stars from Loko Wrestling! You can find EVERY upcoming GCW event […]

This Friday (July 9, 2021) an all-new Dateline NBC reports on a Texas double murder case with an unexpected twist The new Dateline episode: “House of Horrors” airs July 9 at 10PM ET on NBC. *Update- You can watch this episode now at NBC.com. Plus, you can stream recent & […] 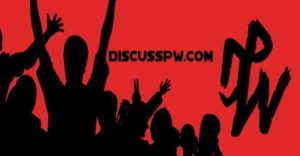